Somewhere along adulting and fast-paced life, we outgrew our traditional noche buena handaan and converted it into holiday travel.

For 2019, we decided to spend our holiday in Japan and visit our cousins. But before Tokyo, we decided to insert a little Osaka trip to see Universal Studios Japan and Osaka Castle. Ikuzo! Mamunako Osaka!

This Japan trip was a year in the making. Originally it was supposed to be a solo trip but after talking with my Aunt, who lives in Japan, I decided to get my whole family in Japan for the holidays.

If you are on a budget, I would recommend you going to Japan not on a peak season or holidays. Flights are a lot cheaper on regular days. You can actually get a round trip ticket for less than 5K PHP on seat sales. For this trip, it’s expensive since we have to arrive in Osaka on Christmas Eve then depart from Tokyo (Narita) after New Year.

When travelling, I always like staying in hostels rather than in fancy hotels— it’s cheaper and locations are accessible from any modes of transportation. So for this Osaka trip, I pencil booked at Ark Hostel in Booking.com for a family room. It costed us almost 29K Yen (15K in PHP) for a family room with six bed (3 bunk beds) for 3 days and 3 nights including all other fees. The hostel also serves free breakfast every 8:30-10:00 AM in the cafe area. The cafe usually opens mid-day until 10PM. My parents and I actually indulge ourselves with some beers and tacos during our last night in the city.

The location is superb since it’s a station away from Osaka Station (main line) and three stations away from Dōtonbori. The hostel is located in Nishi ward just a block away from Higobashi station. The neighborhood is quite great too since there’s a lot of izakayas and cafe on every street. We spent our first night in Osaka walking the whole neighborhood and ate at one of the curry restaurant (Japanese Three Eight) in the area.

One of the top tourist destination in Osaka would be Universal Studios Japan and also the number one reason why we went there.

From our hostel, we rode the subway from Higobashi station to Osaka-Umeda station where the Osaka Loop Line is. Via the Osaka Loop line train, we travel until Nishikujo station then transfer to the Sakurajima Line which took us to Universal City station. Just right off the rail is the entrance to USJ.

It was Christmas so the influx of tourists is greater than on regular days but nevertheless the ticketing is fairly fast. Entrance fee to USJ is ￥7,800 with tax (roughly 4K PHP) for adult on a one-day ticket.

The best part was inside the Wizarding World of Harry Potter. Nostalgic because our childhood came through. We indulged ourselves with this version of Hogwarts and some butterbeer (finally!) that cost ￥500 per glass. Most of the attractions inside the park were packed and it took almost an hour in line for every ride so we just settled ourselves with just some photoshoot session.

From Higobashi station we rode via the Yotsubashi Line to Hommachi Station then transfer to Chou line and alight at Morinomiya Station where one of the entrance to Osaka Castle Park is.

The park entrance in Morinomiya station is where the Osaka Castle Park Fountain is and we stopped by for some snacks while we walk further inside to the main park. There’s Starbucks, Lawson, and some shops around the fountain too. It was a little bit cloudy that day and had a little rain showers in the afternoon. There were some cherry blossoms, maple and ginkgo trees in the park that gave vivid colors to the whole surroundings despite the season.

There’s also a local takoyaki vendor just outside Miraiza Osaka-Jo, a building, featuring restaurants, bars, samurai/ninja-themed stores and souvenir shops where we bought some omiyages, that sells takoyaki for ￥500 (6 pieces)! There is an entrance fee if you want to see the the interiors of the castle however we chose to just chill outside since there’s a lot of people in the line for the castle viewing. There was also a temple around the area.

Since it will be our last day in Osaka, we finally went to Dotonbori for dinner—another main tourist destination which is famous for eye-catching signage like Glico running man and a long strip of restaurants along the Dotonbori canal.

Searching where you will eat within the area is so hard because there are a lot of restaurants to choose from that serves different cuisines and variety of dishes—from seafood, ramen, yakiniku and others.

It took us almost half an hour choosing we decided to dine at Maido Ookini Dining Shinsaibashi Dining since my dad is craving for some rice. We order 5 sets of Katsudon (￥900 each set), a plate of karaage and egg rolls. the restaurant has two floors so there are available tables for dining that time—all other restaurants in the area are fully booked.

After dinner, we took our time window shopping before deciding to go back to our hostel. Since we have to prepare early for our travel to Tokyo the next day by lunch, my parents decided to go out for a late night drink. However, it rained so we just chill in the cafe beside our hostel with some beers and nachos.

Now we are ready for our Tokyo holiday. Osaka Shinkansen station is located Shin-Osaka station. From Osaka-Umeda station, we rode a train via Tokaido-Sanyo Line to Shin-Osaka station and arrived at the south entrance. On the right part of the south entrance are the ticketing booths where we purchase our tickets bound to Tokyo. For this travel, the ticket we purchase was using Nozomi train costs about ￥13870 (more or less 8K PHP) for one-way non-reserved seat ticket.

Aaaand that’s ends our Osaka trip! Next will be our New Year Tokyo adventures with our cousins! Mamunako Tokyo blog in the next coming days! TTFN 💖

Our Osaka Trip Vlog is already uploaded in youtube! Check the link below! #Katventures2019 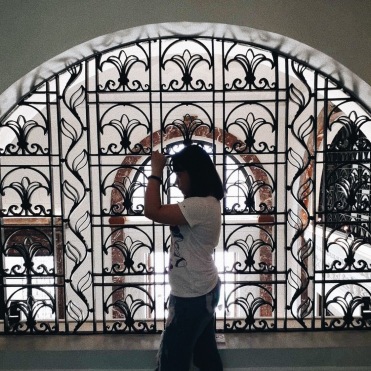 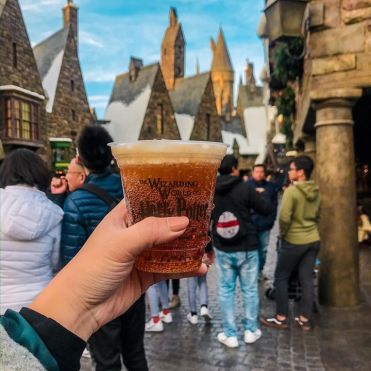